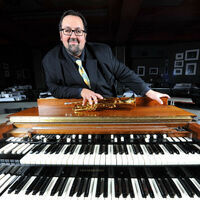 A four-time Grammy Award nominee with more than 30 recordings as a leader under his belt, Joey DeFrancesco is the master of the mighty B-3. Credited as single-handedly reinvigorating organ jazz in the mid-eighties with his vintage Hammond, DeFrancesco has collaborated with artists including Ray Charles, Diana Krall, Miles Davis and George Benson.

Joey DeFrancesco was nominated for a Grammy (2019 Best Jazz Instrumental category) for his latest album, In the Key of the Universe.

“He has dominated the instrument and the field as no one of his generation has.” – Chicago Tribune