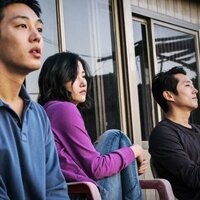 This film is based on a story by Haruki Murakami and follows the story of a directionless man Jong-soo who meets a mysterious young woman Hae-mi, who asks him to watch her cat when she goes on a trip. When she returns, she introduces Jong-soo to Ben, a charismatic and wealthy character played by Steven Yuen, star of The Walking Dead. A psychological thriller and urban mystery the film marries New Wave Korean cinema with the sensibility of Murakami’s observations of dislocation and yearning in the Asian metropolis.