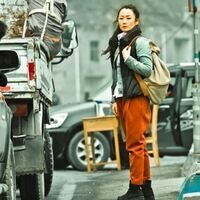 A Touch of Sin (Chinese: 天注定; pinyin: Tiān zhùdìng) is a 2013 Chinese drama film directed by Jia Zhangke (贾樟柯). It was nominated for the Palme d'Or at the 2013 Cannes Film Festival,with Jia winning the award for Best Screenplay. Stars of the film include Zhao Tao, Jia's wife and longtime collaborator.  An omnibus film that explores three stories based on real news stories of ordinary Chinese people struggling to deal with a rapidly changing society.

A light dinner and discussion will follow the film screening.