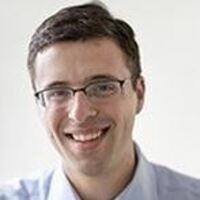 Ezra Klein is the editor-at-large and founder of Vox, the award-winning explanatory news organization. Launched in 2014, Vox reaches over 100 million people across its platforms each month. Klein is also the host of The Ezra Klein Show podcast, co-host of the Weeds podcast, and an executive producer on Vox’s Netflix show, Explained. He's currently writing a book about identity, partisanship, and political conflict.

Peltason Center for the Study of Democracy