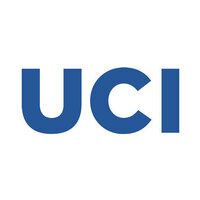 From pop culture to politics, anime’s international influence gained prominence with Osamu Tezuka, known as the “Walt Disney of Japan.” The most memorable anime creation, Tetsuwan Atomu /Astro Boy is the story of a 21st century Pinocchio – A robot born on April 7, 2003 who tried to be more human. Astro Boy was one of the first manga series to be adapted to animation and became a worldwide phenomenon. Scholars now study Osamu Tezuka’s role in laying the foundations of Japan’s “soft power”—Japan’s influence on other countries through its contemporary arts and popular culture. Join UCI Libraries Research Librarian, John Sisson, and Research Librarian for Asian Studies, Ying Zhang, to explore the significance of Manga and Anime in the UCI Libraries East Asian Collection virtual exhibit. This event is free and open to the public, but registration is required.

The Zoom link will be emailed to registered participants. Register here.